Kaskaskia Experimental Forest was a forest set aside for experimental research in tree and forest stands. From the 1940s to the 1970s, the site went from less than 500 acres to over 1,300 acres. Once managed from Ohio, it was eventually managed from Carbondale. In the early 70s, the land was turned over to the Shawnee National Forest. The former research center on site was torn down but some of its foundation still remains. There are numerous larger trees in the now ecological area that are still tagged from their former experimental statuses.

A note of caution – the area appears to be a dumping ground from locals who don’t care about public lands. There are tires everywhere, sadly. The area is also reported to be host to partying and it is said that the ‘Rainbow People’ will meet there to conduct their raves and celebrations. It is best to visit this area in the daylight.

There are no signs to this particular area of the Shawnee National Forest. It is close to the Illinois Iron Furnace site. I created this highlighted Google Map to show you where to go. The highlight is the Forest Service Road to drive down. The road eventually becomes rough and probably only accessible to jeeps and other off-road type vehicles.

We first parked where the Forest Service sign for Kaskaskia Woods EA was located and went down that trail to the parking area with the old foundation near it. We are assuming the foundation belonged to the former research station. If you continue down the trail on your left of the parking lot area, we went to where it turned into a T and went right. It appears to be an old wagon road. We made our way down that road until we came to an old home site on our left with a large hole and some foundation. We turned around there and made our way back to the truck.

Aside from some older larger trees from the previous experimental forest, there wasn’t a lot to see from what we could tell. The old home site was neat to see. There isn’t often much left from the old home sites aside from an unprotected well here and there but they are still interesting to see because it leaves your imagination open to wonder what the history was. There was no bluffage from what we could see based on the topo maps.

On Google overview, I could see that there could be a fairly scenic creek around that area. The creek would probably be the only reason that I would revisit the area. If the creek isn’t that scenic, then I probably wouldn’t be back, personally.

It is worth seeing though just for the walk at least. I’ll always give an area a chance and if it wasn’t that spectacular, that is fine but at least I can say I saw it for myself.

Tips for the Trail!

Watch the videos for this trail!

Below is a recent video that we filmed while enjoying this area.

Check out the trail gallery!

Enjoy these photos taken around this area! 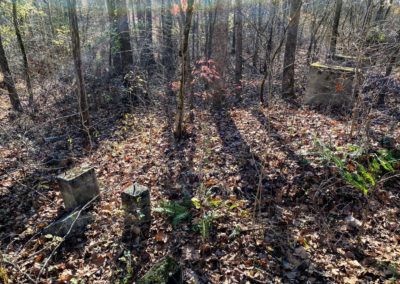 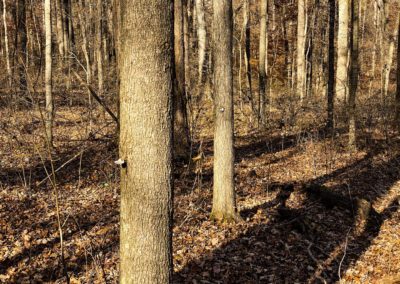 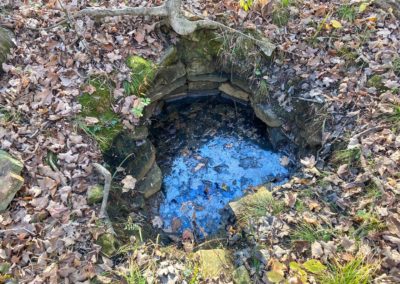 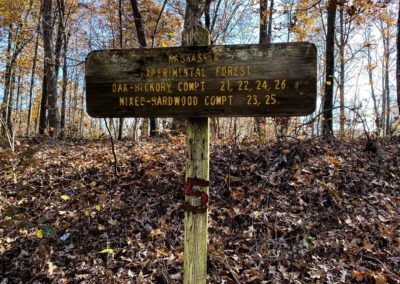 Filming the videos, taking the photos, editing everything and writing this article takes time and it’s all provided for free. Consider making a small monthly contribution to Hiking with Shawn by becoming an official Patreon supporter on Hiking with Shawn! You can also support us by purchasing official merch from the Hiking with Shawn online store. Lastly, please share this article and our videos and follow us on YouTube, Facebook, Twitter, Instagram and Tumbler for more free guides, videos, photos, contests and more!

Thanks for checking out this guide and please share it with others if you’d like to see more of them made!