The follow trails are great for families, easy riding, or cyclists who don’t want to ride where motorists also drive. Aside from a few road crossings (use caution) here and there, most of the Shawnee National Forest bike trails consist of rail trail.

Tunnel Hill State Trail is the grand premier of Shawnee National Forest bike trails. This 45-mile rail trail stretches from Karnak to Harrisburg. It is mainly made up of crushed limestone, so a hybrid or mountain bike is best when riding this trail. This trail will take you through Shawnee National Forest, state areas, and various communities including several ghost towns. There are trestles and even a 500+ foot tunnel that you bike through. Personally, this is one of my favorite places to bike (top 3).

Glen O Jones Bike Trail is a very quiet and often forgotten bike trail around the Shawnee National Forest. This trail is a little bit over 5-miles and will take you from Glen O Jones Lake to Equality. You could extend the ride and add some hilly elevation by riding the loop of the lake roads. There are some things to see along this route including old ghost town attractions, Saline River features, area agricultural operations, butterflies galore during their seasons, and of course Glen O Jones Lake and recreation area. Most of the trail consists of paved surface with some gravel as well. It would be best to use a hybrid or mountain bike. This isn’t a rail trail, so some areas are hillier than others but for the most part, it is easy enough to ride by most cyclists.

Mountain biking specific Shawnee National Forest bike trails are not new but officially, they are pretty new in and around the forest. Here are three different areas where you can enjoy legit designated mountain bike trails for real mountain biking.

Lake Glendale is located in the Shawnee National Forest and now serves as the first ever designated mountain bike trail in the Shawnee. In conjunction with Dixon Springs (see below), there are nearly 20-miles of designated mountain biking/hiking only trails in this area. The areas have always been used by mountain bikers and was created by mountain bikers for the most part. Enjoy hills, switchbacks, creeks, technical routes, and more. Start at the Cardinal Bay area (boat launch) at Lake Glendale. You can also ride around the lake trail which might be ideal for younger kids and families.

You can also access the Glendale/Dixon mountain bike trails by starting at Dixon Springs State Park. The trailhead for this start is located at the Primitive/Tent camping area. There is a nice parking lot located there. This area has a great start because there are really nice bluffs and creeks at the start of it. In fact, one of the trails you take is called, Bluff Trail. Whether you’re starting here or at Glendale, consider taking part in a free challenge that has no time limits and is completely self-supported. The challenge is called Shawnee Challenge and it open to everyone who wants to do it.

Over on the west side, nearby to the Shawnee National Forest and Giant City State Park is SIU’s Touch of Nature Outdoor Education Center. Touch of Nature along with some dedicated mountain biker volunteers has constructed over 10-miles (with a goal of 30-miles) of pure single-track mountain biking bliss. These trails are some of the best mountain bike trails in the Midwest. Check out the Touch of Nature Trails website for more information and remember not to plan on riding when wet because it tears up the trail and that’s not cool.

The Shawnee National Forest states that cyclists can use any road that motor vehicles can use. This means forest service roads that are open to motorists are also open to cyclists as well. These roads are mainly gravel and that opens riding opportunities up to gravel cyclists.

The Dirty South Route comes from the annual Dirty South Roubaix gravel ride that occurs at Alto Pass, Illinois. This gravel ride consists of a 100K or a 50K gravel bike route through the Shawnee National Forest and communities around it. Let it be known that there are some tough hills along this route but the views are awesome. This route mainly consists of Forest Service Roads, gravel roads, levee roads, and some dirt roads. There also may be some paved roads and rural route blacktops in it as well. The great thing about this route is that you can ride it to train for the Dirty South Roubaix each year.

The Cannonball Gravel Race route is a 100K mainly gravel bike route that was a race by Fat Tire Fest at Camp Ondessonk. It is a good east side gravel route. This route consists of mainly gravel roads with some paved roads as well. This route will take you through the Shawnee National Forest and its Forest Service Roads quite a few times. This route is hilly as most area of the Shawnee National Forest area. For a good map of this route, check out the Cannonball Gravel Race page.

Southern Illinois is road biking biking paradise. Between the Shawnee National Forest bike trails and bike routes, you can ride a road bike practically over the region.

The Beautiful Southern Route is based on an Organized Road Bike Ride that starts in Carbondale. If the ride happens again, definitely check out it out and buy a space as that will help keep these local rides around. Many of them starting to fade away. This route offers a 32-mile, 62-mile, and 75-mile route amount. It goes through the Shawnee National Forest, Giant City State Park, and the southern Illinois countryside. All the roads within this route are paved and suitable for road bikes. This is a hilly route for the most part especially as you ride into the Makanda and Giant City areas. I’ve done this ride and personally, it is one of my favorite organized bike ride routes. The great thing about riding this route any time of the year is the arrows should still be painted on the roadways.

The Superman Bike Ride route is my all-time favorite road bike ride route. This route is based on the very popular annual Superman Bike Ride which is a part of the Superman Festival in Metropolis, Illinois which is the official Home of Superman. I used to have to drive a long way to get to this ride but now I live in Metropolis and can bike from my house to where the ride starts. This route has a 10-mile, 40-mile, and 60-mile ride amount. The arrows are still painted on the roads as well but may be hidden if new pavement or blacktop was put down. If you can make the actual ride, I highly recommend it. For the most part, the 10-mile route is easy with little hills. The 40 and 60 is a lot hillier. There is one very challenging hill around New Columbia, but you can do it, you’re a cyclist and we love hills, right?

Now over to you! Have you ridden any of these 10 trails or routes? If you could add another trail or route to this list, what would it be? 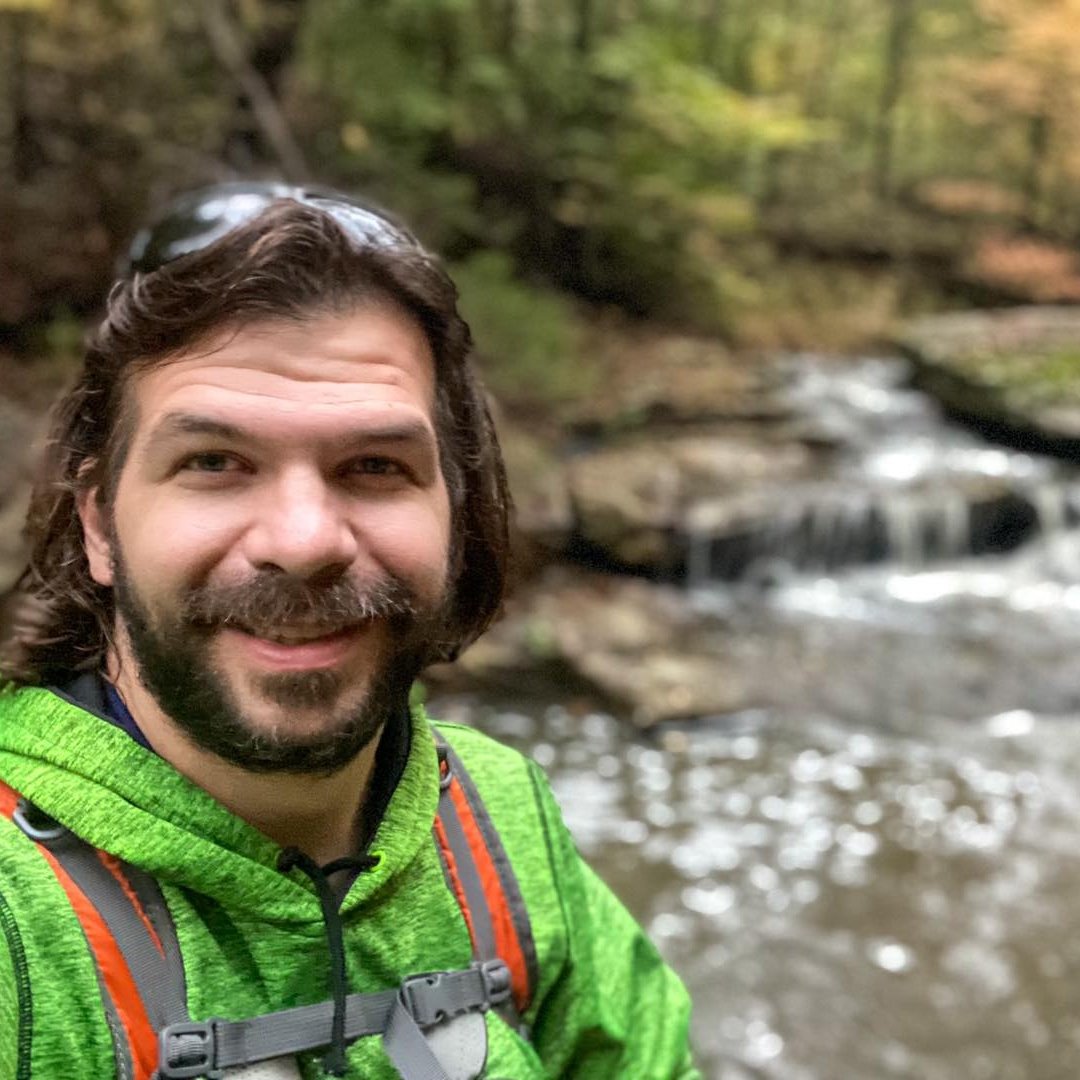